Former Deputy Minister of Foreign Affairs of Ukraine for European Integration Lana Zerkal: only this year Russia may earn ⅓ more in the budget revenues from gas and oil 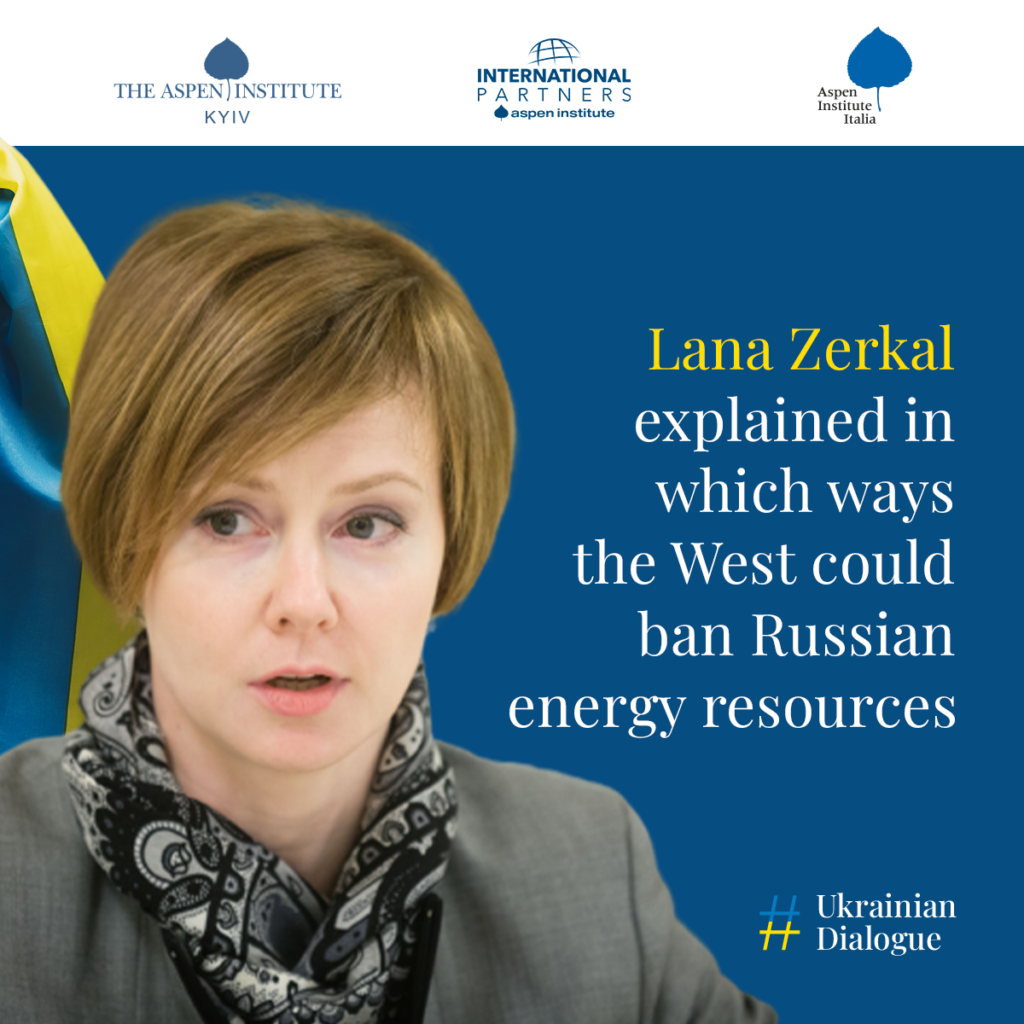 Lana Zerkal was a Deputy Minister of Foreign Affairs of Ukraine for the European Integration (2014-2019). She is convinced that the main reason for Russian aggression in Ukraine is assurance of Russian governmental bodies that West never ban their energy resources:

— Russia and Putin as well still think that they have unlimited indulgence because the West is afraid to introduce any kind of embargo on energy products.  At the same time, Russia continues its aggression that is based on the revenue they have from oil and gas. Remember 2008. Remember 2014. If you turn back to the history of invasions you will see that they have started aggression only when the prices on oil and gas were at their peak. And we see that only this year Russia may earn ⅓ more in the budget revenues from gas and oil. It means that they can earn for their budget approximately 100 billion dollars due to the depreciation of ruble and the rise of prices in dollars for oil and gas and additional revenues.

The ways the West could ban Russian energy resources

As for today most European countries are ready to implement a full embargo on Russian oil. As of April 14 Ukrainian delegation talked about such approaches and options, which don’t mean full ban of oil and gas, but at the same time can make a psychological effect. One of such options could be banning LNG (liquefied natural gas).

— You may start from the very unpainful but very crucial issue — LNG. To ban LNG from Russia it means only 3% of your market but it will have a kind of psychological effect.

Among such options could be also so-called Iranian model of sanctions, which means continuing use of Russian gas without financing Russian military machine:

— It is possible to preserve all financial resources Russia now receives from the supplies of gas in your own accounts and not to finance Russia. They would not be able to interrupt supplies because it’s physically impossible.

Lana underlined that it is the time for European societies to protect their values and principles. In other case it seems like a very unfair tactic.