Developed culture as a key to a prosperous state: Aspen Institute Kyiv held a dialogue on culture 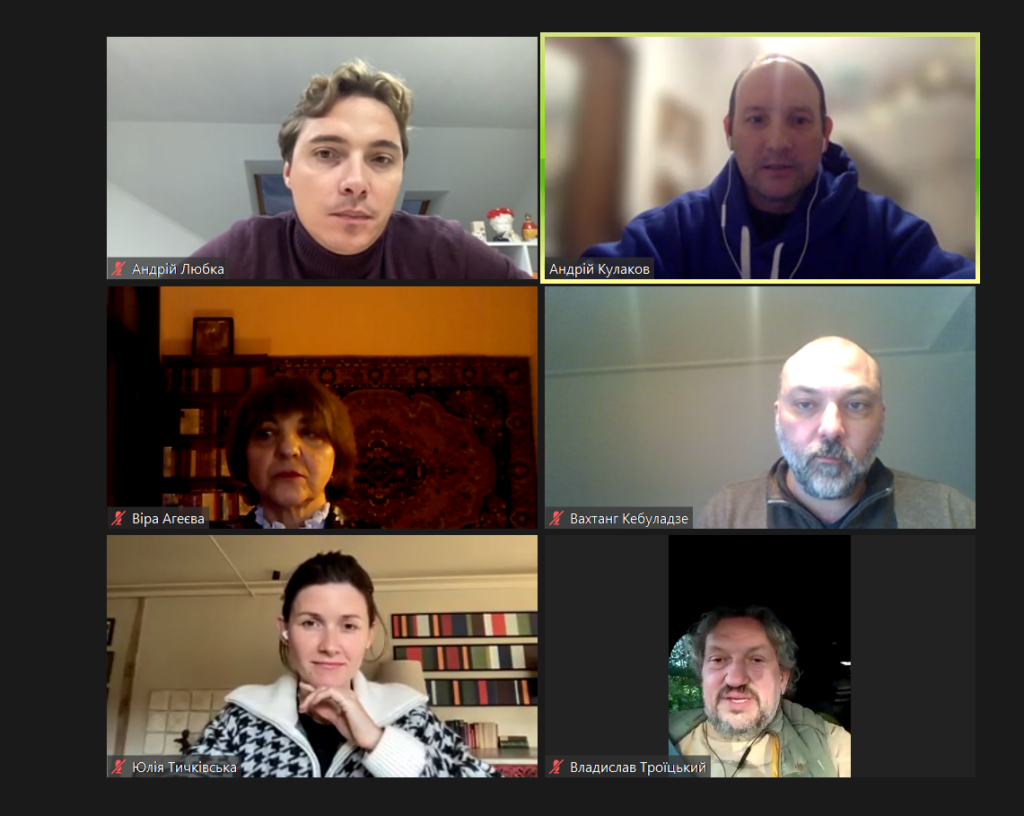 On October 26, Aspen Institute Kyiv involved members of the Aspen community in a dialogue on culture. The speakers of the event were literature critic Vira Ageyeva, writer Andrii Lyubka, philosopher and publicist Vakhtang Kebuladze, and theater actor and director Vlad Troitsky. During the conversation, the speakers discussed the deconstruction of the “Russian world” in Ukraine, methods of Ukrainian discourse formation, and the promotion of Ukrainian culture within the country and the world.

Culture is security and a guarantee of development

Post-colonial trauma is still present in Ukraine. Despite the full-scale war, mass shelling, and genocide, many Ukrainians admire and defend the aggressor’s state culture, justifying this with the narrative that culture is outside politics. Russia nurtures this belief, whose culture has long been working as a soft power.

The speakers noted that the post-colonial trauma largely determines the seriousness of the attitude toward Russian culture. Also, our entry into world culture often takes place through Russian culture. However, we should remember that this is only one of the cultures. For example, if we look at countries that were not under Russian colonization, we will see that their intellectual environment mostly knows only about Tolstoy and Dostoyevsky.

For Ukraine, Russian culture is a ticking time bomb. “Culture is a field of struggle,” says Edward Said. After all, culture can be toxic, dangerous, and murderous. The long colonization period convinced Ukrainians of the superiority and necessity of Russian culture. However, this meaning is somewhat overestimated: in the dichotomy between culture and life, we must choose life. If there is a choice between the culture and tanks of the aggressor state on our territory and complete liberation from Russia, we must choose the second. It will only expand our horizons for other cultures.

The Ukrainian footprint in the development of the Russian empire and the literary canon: what is the place of Ukraine in world culture in reality

According to the speakers, Ukrainian literature needs huger repositioning and showing its significant contribution to the development of Russian literature and culture in general. For example, unlike Ukrainian and Polish cultures, Russian culture does not have Renaissance and Baroque periods and cannot be “great” by definition. Along with this, the formation of the Russian Empire foundations in the 18th century, as well as its entry into the European world happened thanks to Ukraine.

Artistic collaborations, dialogue with neighbors and support for growing interest in Ukraine: how to promote Ukrainian culture in the world

Among the most necessary and widespread formulas for popularizing Ukrainian culture, the speakers outlined three:

Andrii Kulakov, a program coordinator of the Aspen Community Program of the Aspen Institute Kyiv, moderated the event.

The second On a social contract for Ukraine seminar: working on mistakes and sustainable development as a guarantee of future peace