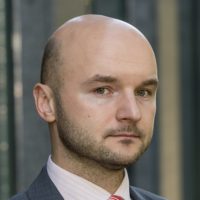 Dmitri Teperik is Chief Executive of the International Centre for Defence and Security (ICDS) in Tallinn, Estonia. He also is Director of the development co-operation programme “Resilient Ukraine”.

From 2007-2015, Dmitri Teperik worked at the Estonian Ministry of Defence. He holds a MS degree from the University of Tartu, has completed various internships abroad, including Vilnius University and NATO HQ, and has taken part in various professional training courses on security in Estonia, Latvia, Lithuania, Georgia, Belgium, Germany, France, Spain, the Netherlands, the US and Canada as well as NATO and EU.

Dmitri Teperik studies contributing factors to national resilience, situational awareness in informational environment and role of social media as well as interdependencies between communication and behaviour. His main focus areas include the Baltic states, Ukraine and some Eastern European countries.