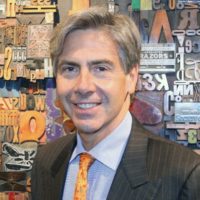 Elliot Gerson is an executive vice president at the Aspen Institute, responsible for its Policy Programs, its Public Programs and its relations with its international partners. The Institute’s more than 30 Policy Programs focus on both domestic and international issues. They provide neutral venues, do nonpartisan analysis, foster candid dialogue among leaders, advocate new policy and promote best practices. The Institute’s public programs – including the Aspen Ideas Festival and many smaller programs across the country and world – open the Institute’s doors to a broader audience and further both its educational goals and its hopes that thought will lead to action. The Institute has international partners in the Czech Republic, France, Germany, India, Italy, Japan, Mexico, Romania, Spain, and Ukraine. Gerson also administers the US Rhodes Scholarships. He was a Rhodes Scholar, a US Supreme Court clerk, practiced law in government and privately, held executive positions in state and federal government and on a presidential campaign, and was president of start-ups in health care and education, and of two leading national insurance and health-care companies. He has served on many non-profit boards, especially in the arts.