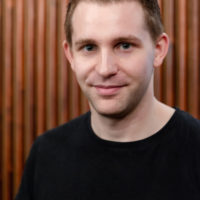 Maximilian Schrems  is an Austrian activist and author who became known for campaigns against Facebook for privacy violation, including its violations of European privacy laws. Schrems is the founder of NOYB – European Center for Digital Rights. Max Schrems has authored the following books in German: The Kämpf um deine Daten (Fight for your Data), 2014 and The Private Videoüberwachung (Private Video Surveillance Law), 2011. He  was awarded by Defensor Libertatis of the Austrian Big Brother Awards in 2011, as well as by EPIC Privacy Champion Award by the US Privacy NGO EPI Internet and Society Award (Oxford Internet Institute) in 2013. He is possessor of Theodor-Heuss-Medal and awarded by EFF Pioneer in 2016.  Forbes 30 under 30 Europe — Law & Policy in 2017.