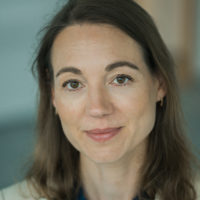 In 2017 to 2018, she served as the Director of the NATO Cooperative Cyber Defense Center of Excellence (CCDCOE) in Tallinn. NATO CCDCOE is a multinational hub of cyber defense expertise, engaging in research, training and exercises with a focus on technology, strategy, operations and law. During 2012 to 2017, Merle Maigre worked as the Security Policy Adviser to Estonian Presidents Kersti Kaljulaid and Toomas Hendrik Ilves, being the President’s chief advisor on domestic and international security issues, including cyber defence. From 2010-2012 Merle Maigre served at NATO HQ in the Policy Planning Unit of the Private Office of NATO Secretary General Anders Fogh Rasmussen. Merle has also worked as a researcher at the International Centre for Defense and Security (ICDS) in Tallinn(2007-2010). She has also served as the Deputy Head of the NATO Liaison Office in Kyiv (2005-2007) and at the NATO Department in Estonia’s Ministry of Defense, in support of the country’s NATO accession (2000-2005).

Merle Maigre received an MA degree in war studies from King’s College London, a BA in international relations from Middlebury College (US) and a BA in history from Tartu University. She has also studied at the Johns Hopkins SAIS Bologna Center and at Sciences-Po Paris. Merle Maigre was named James S. Denton Transatlantic Fellow of the Centre for European Policy Analysis (2018), and an Asmus Policy Entrepreneurs Fellow of the German Marshall Fund of the United States (2012). She has been decorated with the Order of Merit of Poland (2014), the Commander of the Order of Lion of Finland (2014), the Dutch Commander of the Order of Oragne-Nassau (2018), the Estonian Defence Forces distinguished service medal (2018) and the Order of Merit of the Estonian Ministry of Defence (2018).