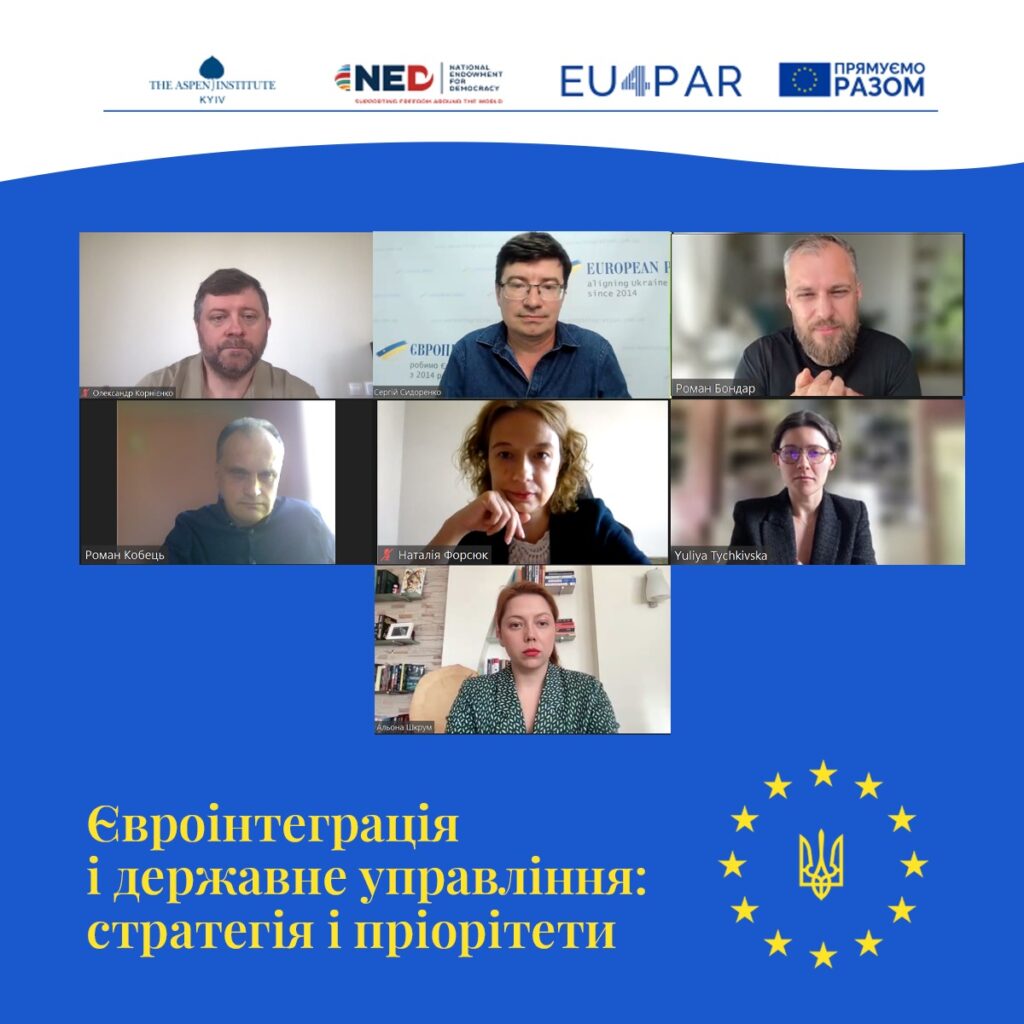 On June 23, Ukraine received candidate status for EU membership. The new opportunities for our country also require a lot of work on legislation harmonization, which requires a high level of organization of state administration and civil service.

To discuss how we should transform the civil service to be ready for the challenges of European integration, on July 15, the Aspen Institute Kyiv with the EU4Par held an online discussion on European integration and public administration: strategy and priorities.

Among the main theses of the discussion:

Can the decision-making process and their coordination with international partners be quick? Due to significant digitization and open borders, the agreement and decision-making processes can be quite fast today. In addition, the candidate status opens opportunities for more interaction with the European Commission. Negotiations are also underway with some countries, which are ready to help in certain areas. In particular, in the part that concerns the reform of public administration.

How should the civil service change because of the prospect of EU membership? Despite the peculiarities of the civil service in each member state, the European Union requires them to observe the basic principles in this field: openness, efficiency, and accountability. Strengthening the civil service is extremely important. It needs competent specialists. There must be a personnel reserve, a development system, HRMIS, and a transparent search, hiring, and adaptation procedure. There are many ideas, but the problem area is precisely the implementation.

What else should be taken into account during the civil service reform?

Speakers of the event were:

Also, on July 6, was held an online dialogue with the responsible for European integration processes in Poland and Latvia experts. You can watch the recording of the event by the link: https://youtu.be/BVwImQS8S48

The event was held within the framework of the Integrity and Governance project, which is supported by a grant from the National Endowment for Democracy, as well as with the support of the EU4PAR project and the Reform Delivery Office of the Cabinet of Ministers of Ukraine.