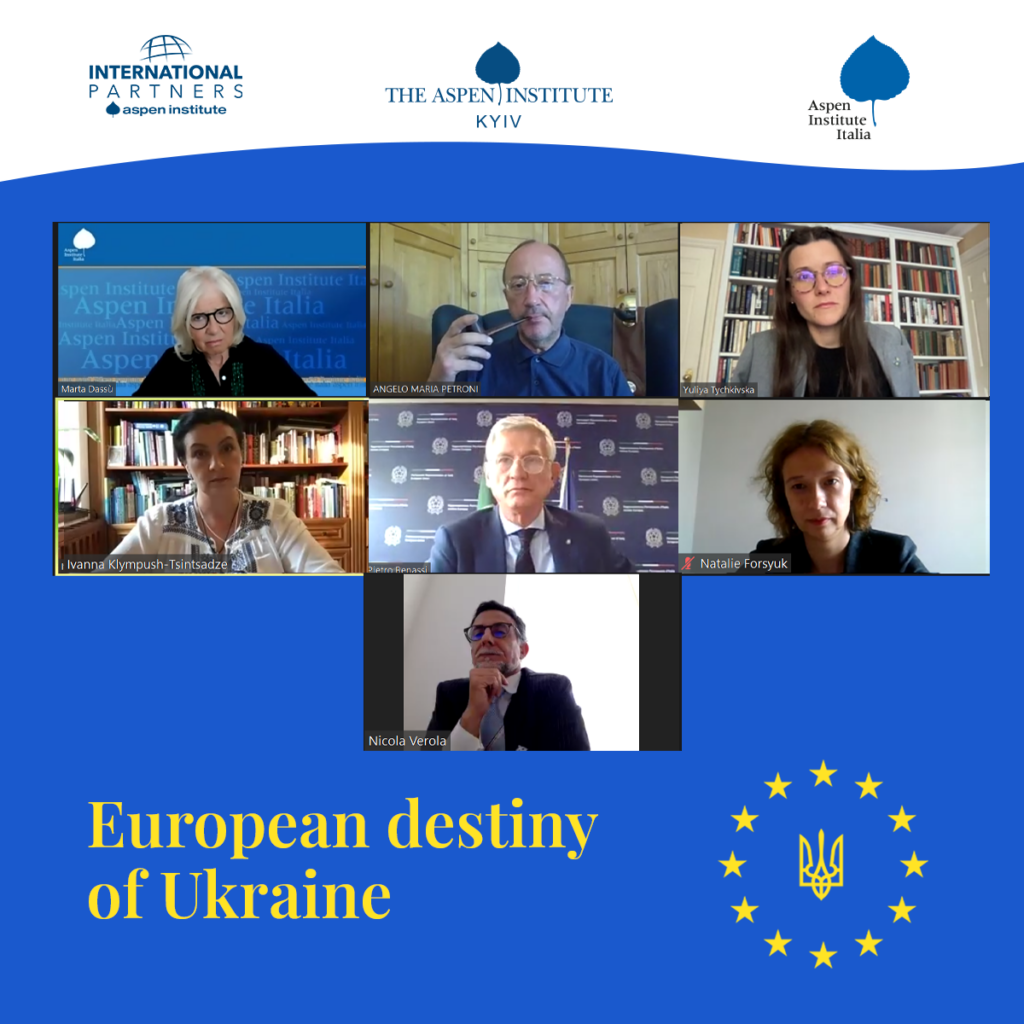 Aspen Institute Kyiv and Aspen Institute Italy held a discussion “European destiny of Ukraine”. Ukrainian and Italian leaders exchanged views on Ukraine’s prospects in the EU and the required steps which should be made for future membership accession.

On June 23, during the EU Summit, Ukraine was granted the status of a candidate for membership in the European Union. Aspen Institute Kyiv launched a series of discussions between Ukrainian and European leaders to explain what Ukraine can bring to the EU and which steps will be next.

Both sides agreed that the Russian unprovoked aggression against Ukraine launched in Europe challenges not only the security, energy, and food supply, but also posed an existential question about preserving the European political and value system.

Why is it important to support Ukraine in its European choice?

It is important to comply with EU requirements

At the same time, both Ukraine and the EU countries understand the importance of completing all the requirements for future EU accession.

Italy representatives stressed that although the EU enlargement has already shown its ability to stabilize the situation in its countries, the EU enlargement is not a conquering, but a bringing to the family. Becoming a member of the EU means becoming a part of the decision-making system in it. It is important to comply with requirements with no exceptions.

Ukrainian representatives highlighted that for our country, the European choice is not only a fate, but a political decision. Before the full-scale invasion, Ukraine had completed 63% of the Association agreement and planned to complete it in March 2022. For today, the Ukrainian government already proposed a plan of what should be done to meet the recommendations by the end of the year.