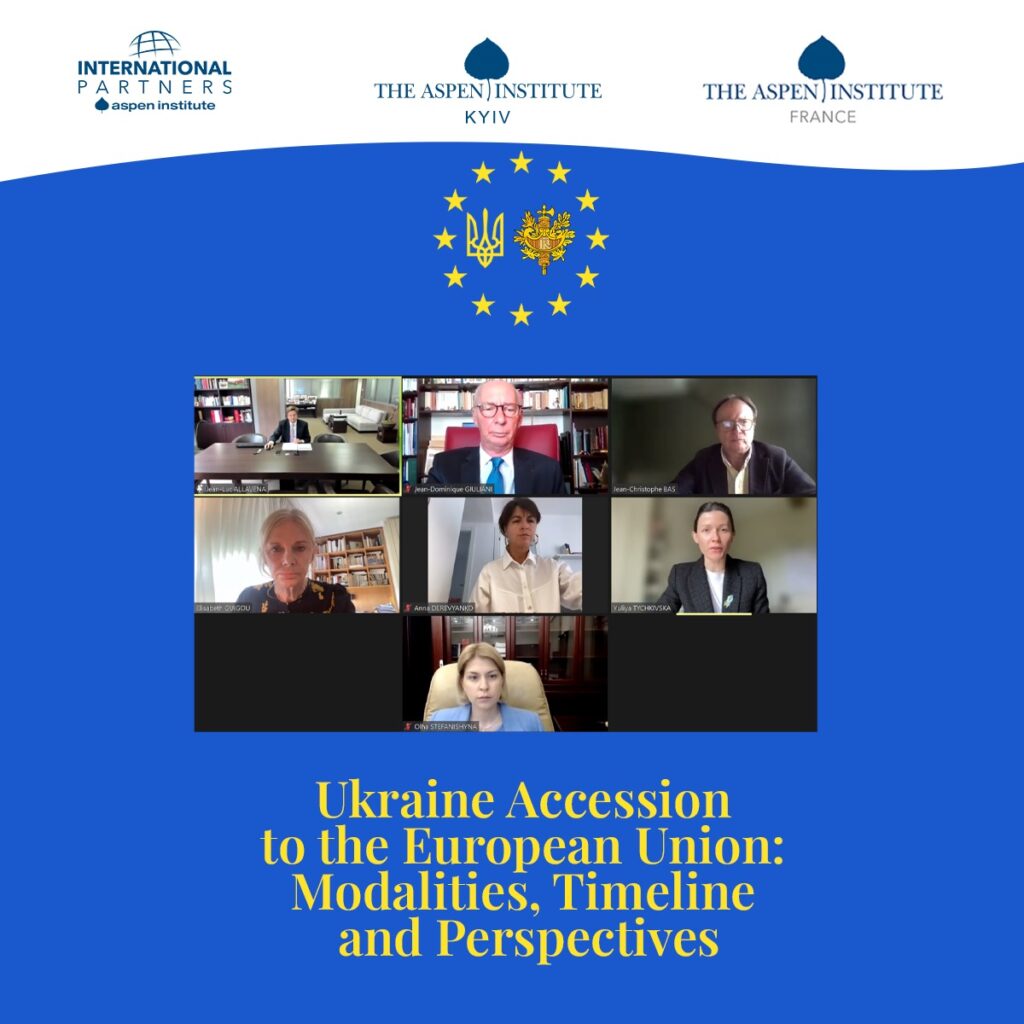 On July 13th, Aspen Institute Kyiv and Aspen Institute France held the “Ukraine accession to the European Union: Modalities, Timeline, and Perspectives” panel discussion. Among the reasons for giving the EU membership to Ukraine, Ukrainian representatives named the proven reliability of Ukraine as an EU partner and the benefits that the Ukrainian state could bring to the European Union. Among them are food and physical security.

Ukraine expects to be granted the status of a candidate for membership in the European Union. On June 17, the European Commission plans to adopt its decision. The EU Summit will take place on June 23 — 24. In this context, Aspen Institute Kyiv and Aspen Institute France held a discussion “Ukraine accession to the European Union: Modalities, Timeline, and Perspectives”. The dialogue platform provided an opportunity for Ukrainian and French leaders to exchange views on Ukraine’s prospects in the EU and further support of the Ukrainian state.

Ukraine is a trustworthy and reliable partner for the European Union

Ukraine representatives elaborated on the reasons why EU Candidacy should be offered to Ukraine. The main points were:

What work should be done for Ukraine’s EU membership

French representatives underlined that the EU candidacy acceptance is the political message. It will not affect the current Russian regime policy and will bring Ukraine neither security guarantees nor a NATO substitute.

There is still a lot of work to do on Ukraine’s way to EU membership. Ukraine should prove that the country could comply with the rules and norms of the EU: not only economic, ecological, and social but also the democratic rules, respect for the rule of law, and values of the European Union. Also, the issue of Ukraine’s EU membership should not remain the discussion only between governments but involve societies.

Also, French leaders noted that France and the European Union should continue to help Ukraine to resist and end the Russian invasion. And also, they will help with the reconstruction of Ukraine in the future, which applies to collecting the necessary funds.