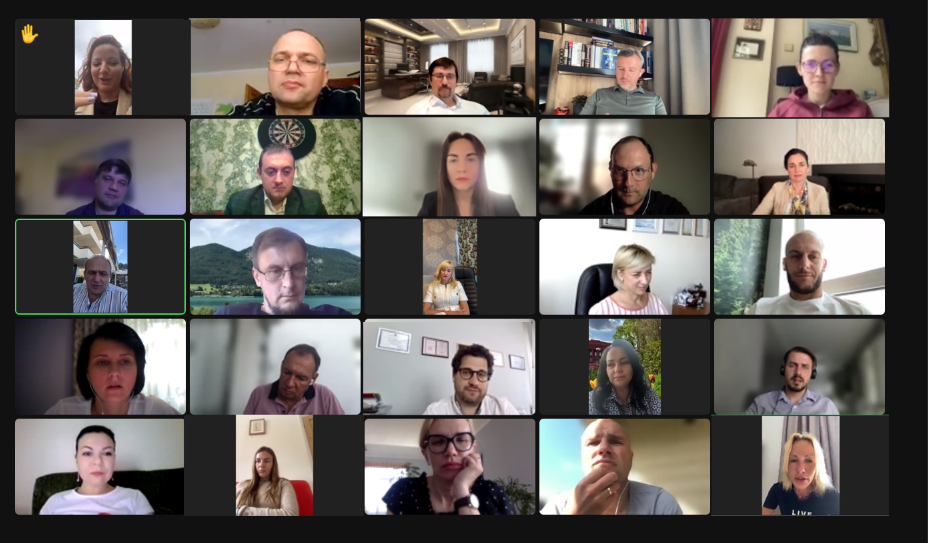 On June 9, Aspen Institute Kyiv held the third seminar on the Social Contract. Aspen Community members took part in the dialogue. They are leaders in various fields and are the most active graduates of the Institute.

The participants explored the topic of the social contract and the prospects of its formation for Ukraine from different angles. They exchanged their unique leadership experience in the format of a moderated dialogue that made possible the meaningful saturation of the seminar.

The openness of the contract and the development of cooperation in society: on what principles should we build a new social contract for Ukraine

During the discussion on the new social contract form, there was an opinion about its brevity. The shorter and more clearly formulated the social contract is, the easier it will be for society to accept it.

Among the main principles of the new social contract for Ukraine, the participants named:

Making a contract with yourself and developing a culture of dialogue

There was also an opinion that the social contract is, first of all, a contract with oneself. And also – the hope that other members of society will agree with themselves in the same way and fulfill the relevant terms of their own contract. Participants also stressed the importance of a dialogue culture development for the formation and functioning of the social contract.

Among the “red lines” that will make it impossible to adopt a new social contract for Ukraine, the participants named the state’s monopoly on meanings. And also lay in its basis the worldview that “everyone has his own truth”. The latter carries with it the nature of war, so society will constantly be in this state.

Aspen Institute UK: the ninth #UkainianDialogue on how to stop the Russian aggression