Dialogue Platform to Discuss Public Service Remuneration Reform in Ukraine: Aspen Institute Kyiv Held the First of Six Dialogues in the frame of the Integrity and Governance Project 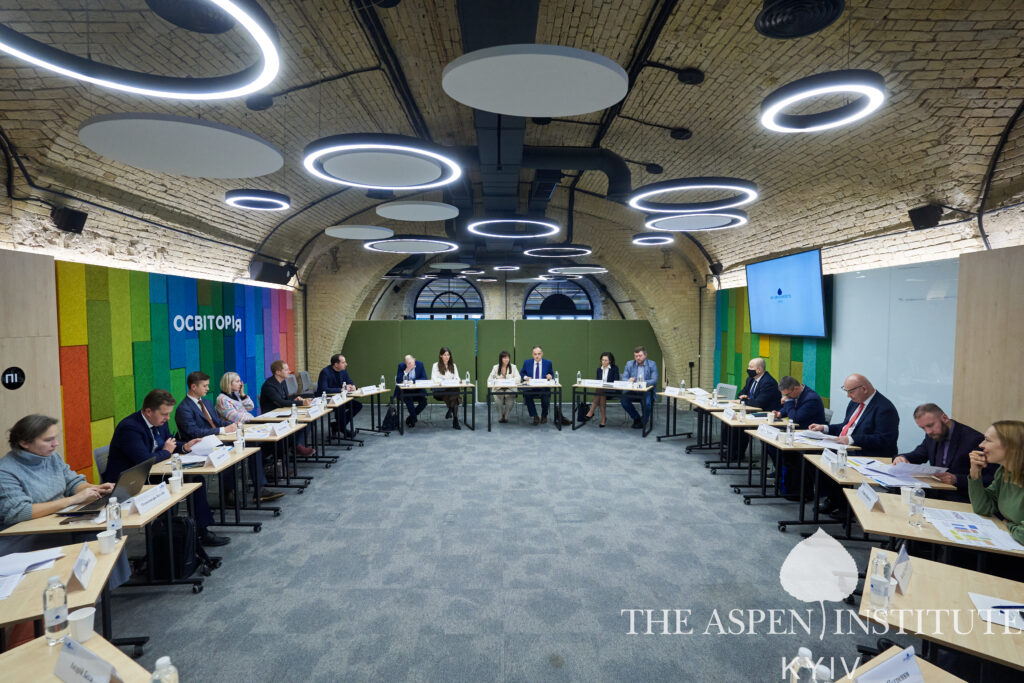 On November 26, leaders discussed public service remuneration reform in Ukraine. It was the first of six dialogues under the Integrity and Governance project.

Politicians, high-level civil servants, non-governmental and international organizations representatives, and experts who have supported the implementation of the reform in recent years have joined. During the dialogue, they exchanged views on the crucial issues in civil service remuneration. Also, they offered their thoughts on how to solve them.

Among the main problems were:

Linking it with other reforms, such as functional restructuring and public administration optimization, decentralization, development of a single employer brand for civil service, digitization, and data exchange, efficiency improving, the dialogue participants recognized the need to continue reforming the system of civil servants’ remuneration.

–In recent years, the concept of integrity has become crucial for our society, especially in public sphere activities. Currently, this concept exists in several dimensions. Integrity is a mandatory qualification requirement for the position of judge, should be the main principle of a civil servant, and is separately developing in the academic field. In this context, we offered to consider one of the most pressing issues directly related to integrity – the public servants’ remuneration. It is the basis for any productive activity, especially in public service, – said Yuliya Tychkivska, Executive Director of Aspen Institute Kyiv.

Aspen Institute Kyiv team is grateful to the dialogue participants for their sincerity and impartiality in discussing an important topic. We are thankful to our EU4PAR project colleagues for their support in the dialogue preparation.