Round table “Dialogue as a tool for building a good society” 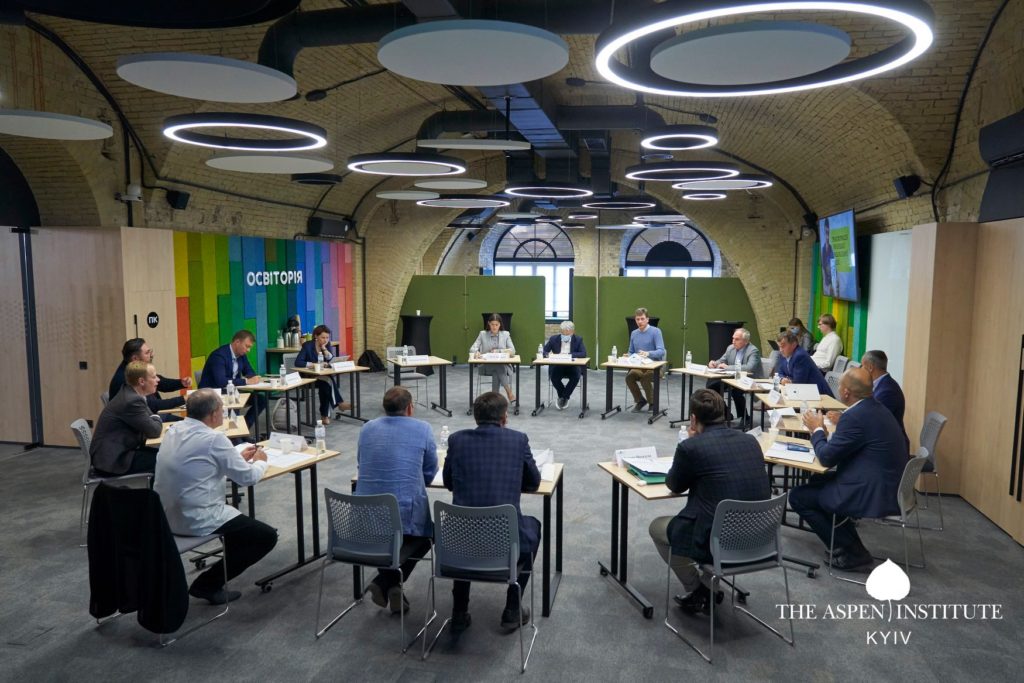 On September 21, The Aspen Institute Kyiv held a round table “Dialogue as a tool for building a good society”, during which participants discussed the results of the first National Round Table on the culture of dialogue and political and legislative measures to promote the idea of dialogue in Ukraine.

Minister of Culture and Information Policy Oleksandr Tkachenko delivered a speech on the concept of the National Round Table program and his own vision for the dissemination and institutionalization of dialogue practices in Ukraine.

Afterwards, Oles’ Doniy, a public and cultural figure, presented his book “Transformation of the Ukrainian National Idea”, telling about the stages of development of Ukrainian political self-consciousness and the place of dialogue in the new Ukrainian identity.

– The current condition of the culture of dialogue in Ukrainian society, its cultural and civilizational origins and prospects.

– The concept of the National Round Table Program initiated by the Ministry of Culture and Information Policy of Ukraine.

– The role of the education system, public organizations and the media in promoting a culture of dialogue and the value of common understanding and mutual respect.

– The limits of dialogue and the rules which make it possible.

The round table was initiated by the Ministry of Culture and Information Policy of Ukraine within the framework of the National Round Table Program.

We are grateful to the participants of the dialogue for their prolific ideas and significant contribution to the development of the culture of dialogue in Ukraine!

Aspen Meeting “Safety Principles: How to Protect Yourself, Your Family and Business”

Consultations with the public and stakeholders: methodological and practical recommendations