The second seminar “Aut Vincere, aut Mori: the right to be yourself”: the future of Ukraine after the victory 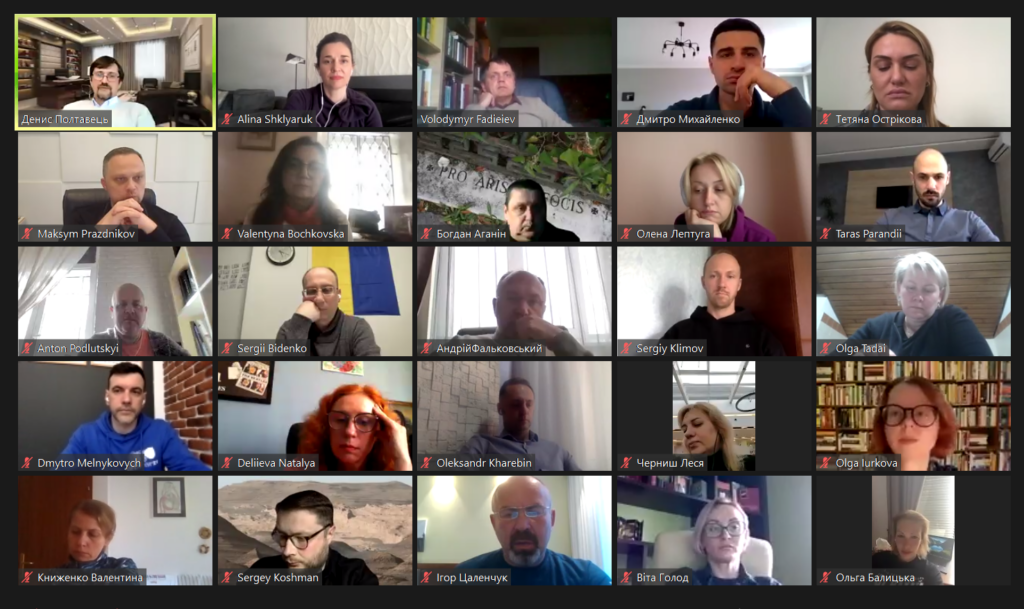 On April 28, the Aspen Institute Kyiv held the second online seminar for graduates and members of the Aspen Community “Aut Vincere, aut Mori: the right to be yourself”

In the context of a full-scale military invasion of the Russian Federation into our country, the Ukrainian nation faced several questions. Some of them were discussed by the participants at the seminar with a particular emphasis on the communication narratives of war on the part of Russia.

In addition to discussing the texts, the alumni and members of the Community also shared their views on Ukraine’s future, its trajectory, and the country’s role in global processes. The main thesis of the discussion:

What is happening now is something new for the whole world, so no one could have predicted the current course of events in Ukraine. In addition, it became clear how limited the knowledge of Western analysts about Ukraine and Russia was.

Ukraine demonstrates and defends European values, which have only recently been the subject of discussion. During the war, our country became the center of Eastern Europe.

After Ukraine’s victory over Russia’s armed forces, wars will continue on the cultural front: for identity, culture, and religion. Therefore, it is important to continue working on the information and cultural fronts, in particular, taking a position of maximum exclusion from everything related to Russia.

No less important is the promotion of Ukraine as a state with cultural and historical heritage. Currently, Ukraine as a brand is very strong – everyone knows us. But at the same time, little is known about Ukrainian culture in the world. It is worth telling what Ukraine is and who Ukrainians are.

At the same time, the different experiences of the participants allowed us to look at post-war Ukraine from different perspectives. Among them are the economy and reconstruction of the country, international relations, further promotion of Ukrainian culture, and renewal and change in the legal field.

The event was moderated by Denis Poltavets, Director of Program Development at the Aspen Institute Kyiv, and Volodymyr Fadeev, Head of the Department at Hryhorii Skovoroda Institute of Philosophy, National Academy of Sciences of Ukraine.

Aspen Institute Kyiv sincerely thanks everyone who joined!

Aspen Institute Romania: the sixth #UkrainianDialogue on how to defend Ukraine for the common good

“Freedom is not only the calculation of taxes. It is also dignity and people”: Yuliya Tychkivska spoke at the Free Market Road Show