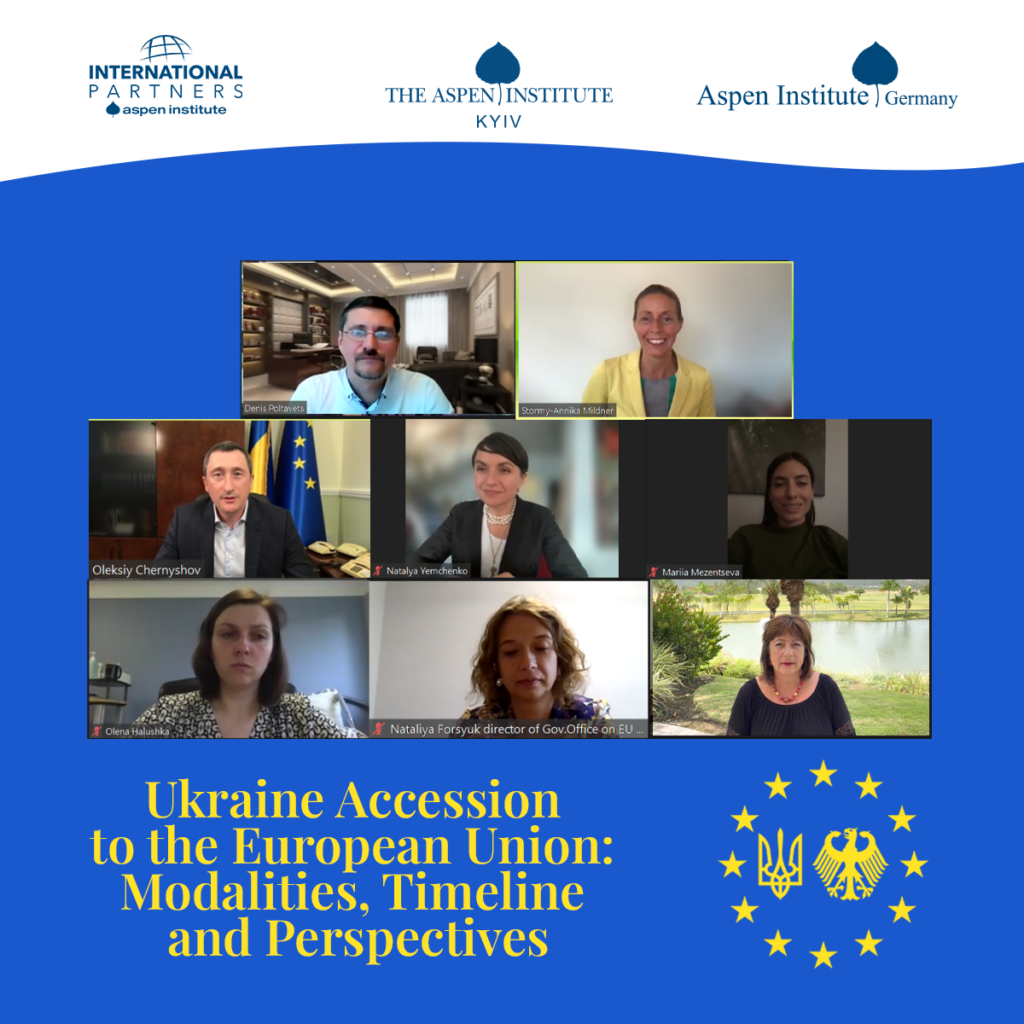 Ukraine assigned the association agreement with the EU in 2014. Since that time, Ukraine has been in a war with Russia. For all these eight years we have been fighting and practically defending European values and democracy. Nevertheless, during this time our country has implemented several steps, especially in progressing reforms to execute the association agreement and get closer to the integration. Today Ukraine expects to be granted the status of a candidate for membership in the European Union. On June 17, the European Commission plans to adopt its decision. The EU Summit will take place on June 23 — 24.

Aspen Institute Kyiv launched a series of discussions between Ukrainian and European leaders to explain what Ukraine can bring to the EU and which steps will be next.

The EU candidacy is not a gift but hard homework. Nevertheless, it would be a great sign for Ukrainian society to push its officials to implement needed reforms for EU membership.

We are still fighting corruption problems, but since 2014 lots of homework has been done by introducing multiple transparency tools. Among them are electronic asset declarations for all public officials. Everyone has to declare their income and assets. It is not only about transparency but also accountability counts in case there is a mismatch between the officials’ incomes and lifestyles. All procurement used to be a corruption loophole with prices overstated by over 20-50 percent. Now it moved into the online electronic system Prozorro, whose competitive approach of options allows not only to avoid corruption but also to reduce the procurement prices. Also, the entire anti-corruption institutions were built, which proved that there are no untouchables in Ukraine anymore. And even now, during wartime, not only the Ukrainian government but the entire corruption institutions are working.