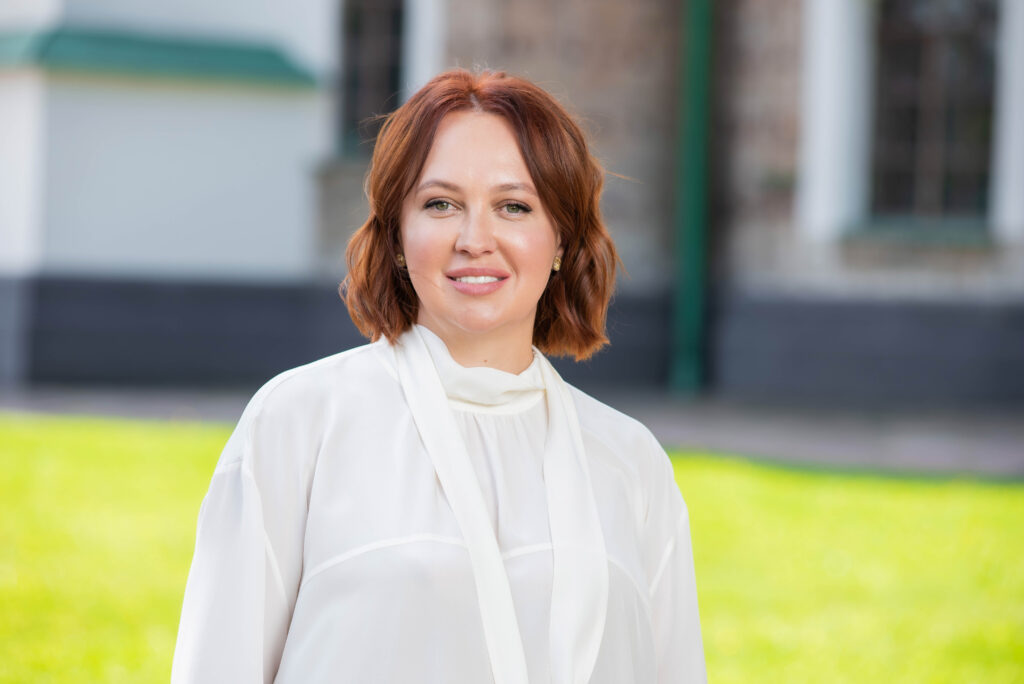 We are pleased to announce that Ms. Kateryna Zagoriy became a Trustee of the Aspen Institute Kyiv Supervisory Board.

Ms. Kateryna is a co-founder of the family charity foundation Zagoriy Foundation. The Foundation systematically implements projects primarily aimed to develop a culture of charity in Ukraine.

From 2005 to 2014, Ms. Kateryna was the Executive Director of the Industrial Television Committee, and from 2014 to 2016 she was a member of the National Council of Ukraine on Television and Radio Broadcasting.

In 2018, Ms. Kateryna Zagoriy was one of the initiators of the “Giving Tuesday” global movement in Ukraine. It was designed to encourage people to do good deals.

Ms. Kateryna has been involved in public activities for many years. During her work, she represented the interests of the television industry in public councils, working groups, and expert boards on media and freedom of speech. Also, she was a member of the expert jury of many international television competitions and festivals such as Banff, TEFI, Spivdruzhnist, Impact Awards.