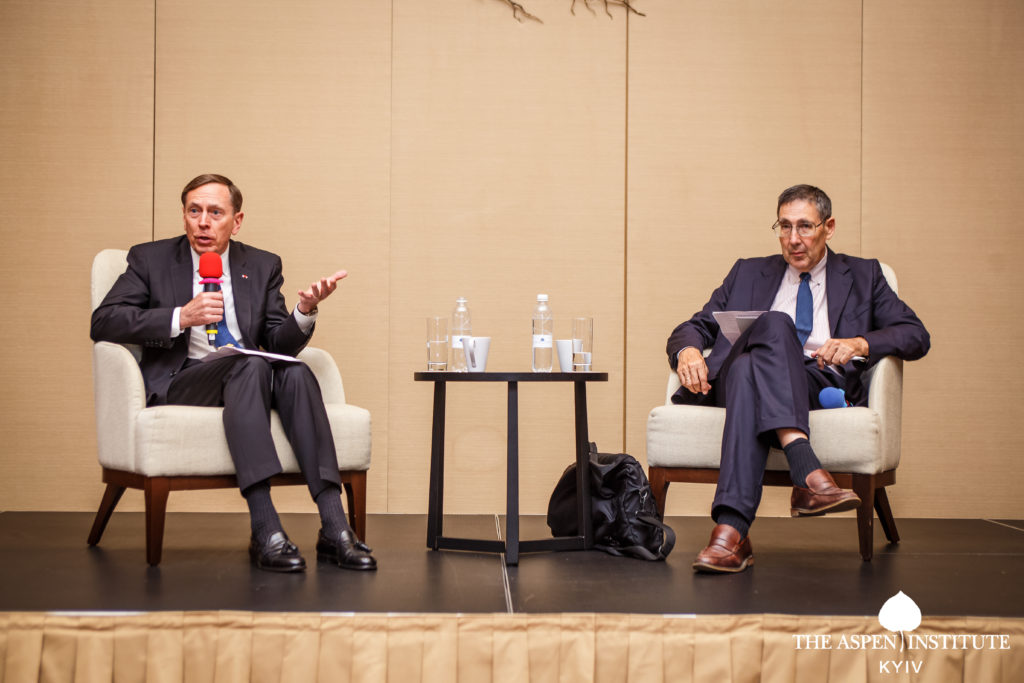 On June 11th, the Aspen-community meeting with David Petraeus took place. During Barack Obama’s Presidency, Petraeus served as CIA director from September 2011 to November 2012. Currently, he holds the position of Chairman of the KKR Global Institute.

Prior to joining KKR, Gen. Petraeus served over 37 years in the U.S. military, culminating his career with six consecutive commands, five of which were in combat, including command of coalition forces during the Surge in Iraq, command of U.S. Central Command, and command of coalition forces in Afghanistan. Gen. David Petraeus is a member of the boards of the Institute for the Study of War, the Atlantic Council, the Woodrow Wilson Center for International Scholars, and over a dozen veterans service organizations.

During the conversation, in the format of moderated dialogue and questions-answers session, we had an opportunity to discuss the global challenges to humanity, geopolitical confrontation and the impact of technological breakthroughs on the redistribution of forces. We raised the subject of the establishment of democracy in Ukraine, the changes that have taken place since independence, and the most attractive areas for investment.