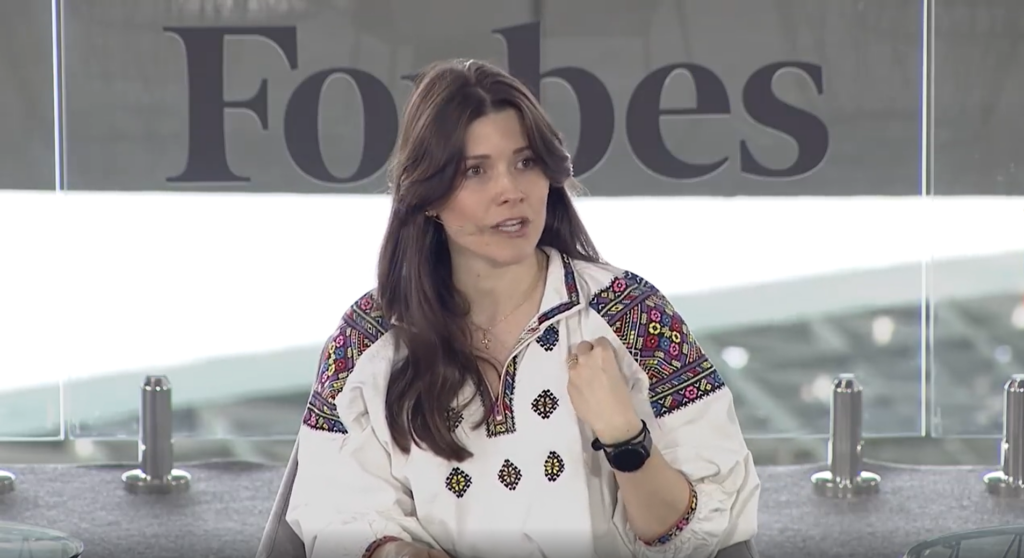 Russia’s invasion of Ukraine has been going on for more than 3 weeks. Due to the heroic resistance of our army, the occupier could not win on earth, so they are bombing apartment houses, schools, churches and theaters. Thousands of civilians, children and women are dying.

We remain resilient and confident of Ukraine’s victory. Each of Ukrainians makes every effort in his place to achieve this victory. It is important to understand that we are fighting not only for Ukraine, but also for the future of Europe, for democratic values. Our state will survive and win. At the same time, we need the support of the world: the strengthening of sanctions against Russia, the closure of the sky over Ukraine and more weapons for our troops.

What is war in Ukraine?

For more than 10 years I have called Kyiv “my hometown”. Because of the recent escalation of Russian aggression against my nation, I have to live in another European city, which now serves as a safe spot for many older adults, mothers, and kids of Ukraine.

Now I am sleeping in the hotel bed — but millions of Ukrainians continue sleeping in bomb shelters. Without warms, without light, without internet and pillows, without proper sanitation and of course with the desire to go back to own apartment or house asap. Russia throws 500 kg bombs on residential areas of Chernihiv, Kharkiv, Bucha, Irpin other cities across Ukraine, killing innocent people, including kids, destroying schools, hospitals, children camps.

When I post a video from events in Ukraine – Instagram marks it as “sensitive content”. But that’s the content we see every day! Which is not a Netflix movie. It is a historical time where the world order we have all enjoyed will prevail or be destroyed.

War in Ukraine is very personal for each of us

I’m a wife and mother of three beautiful kids. I want you to know — that you could live in the heart of Europe, the lovely city of Kyiv, and the next day your home could be bombed. I want you to know  that you could plan a family vacation in Thailand, and a week later, your kids will cry each night and ask you whether Russians will kill their father. Just because their father, like other millions of Ukraine brave men and women today, protects our fundamental right to live freely and with dignity. I want you to know that and say that each of us chooses to become part of history or stand aside, while others make history for us. More than 3 weeks of horrifying terror by Russia, and we keep standing, straight and strong. We have shown the world that the good can fight evil and win. It must be done so if we are to seriously stand for our values.

I’m CEO of Aspen Institute in Ukraine. My admin officer Natalie is from Volnovakha, a small Ukrainian city . Few weeks ago, she called me crying that she needed my help. The city of Volnovakha was attacked by the Russian army many times, but the Ukrainian armed forces protected it. Then Russians decided to bomb the town and destroy it entirely (92%). They attacked evacuation buses coming to take out people with their artillery. They attacked ambulances coming to take the wounded. My colleague’s mother was killed, she was lying in their garden near the house. Her father is wounded by shrapnel, and he can’t even hide as the house was fully destroyed. Natalie was begging me to help her get there to bury her mother and save her father. But no chances for that. Sad, but true. Russians, who previously agreed to provide a green corridor, have fired at evacuation buses a few times. Thank God, now my colleague’s father is safe.

On day four of our independence war, my father, an entrepreneur in his everyday life, was operating the storage in Lviv to supply the army. My two brothers were armed and worked in territorial defense units, patrolling the city and protecting the civilians. Another brother was uniting private equity investors from the entire world to buy protective gear for our army, and the last one supported the legal procedure of receiving humanitarian aid. My husband leads the Ukrainian Leadership Academy; he manages more than 1500 volunteers across the country, building the national community crisis aid movement. My brother-in-law reoriented his restaurant to feed internally displaced people who ran away from war.

Stand with Ukraine. How could the West really help us?

War in Ukraine is a fight for European peace and European freedom. At the cost of our lives, we defend European values.

We are very grateful to all international partners and friends of Ukraine for their support. At the same time, we ask them for more actions.

Fight like Ukrainians in any battlefield and you will help us win this unequal battle and make the world a better place. Please stand with us.