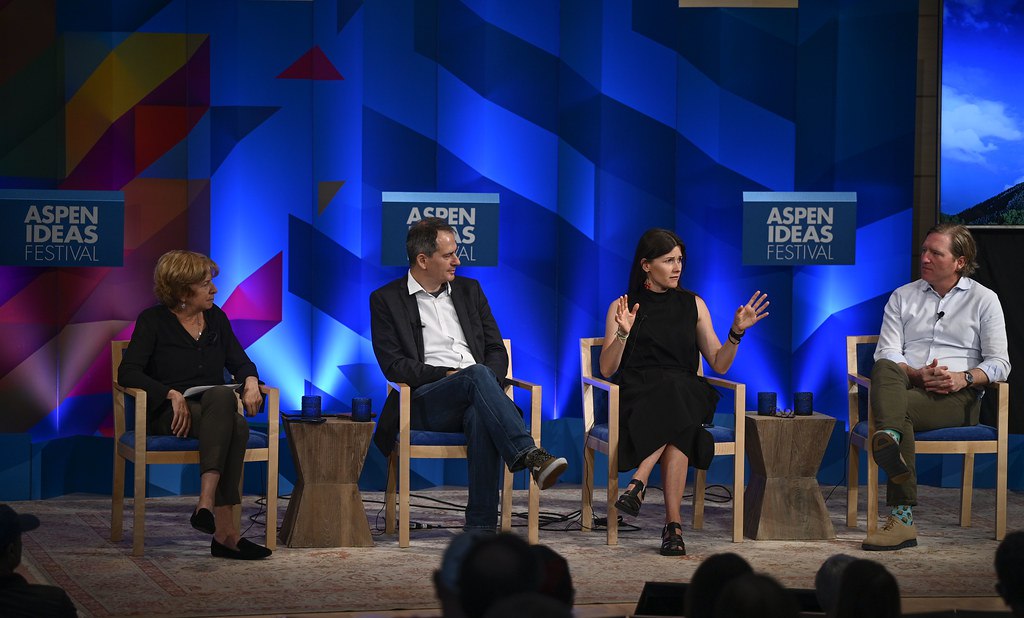 On June 25 — July1, the Aspen Institute (USA) held the Ideas Festival. One of the panel discussions, “The Fog of War: How do you know what to believe” was dedicated to Russian propaganda and disinformation. Speakers explained the specifics, key narratives and ways in which they are spread.

Information is another way how Russians waging war

Chris Crebs is sure that the word cybersecurity doesn’t effectively exist in the security parlance of Russians. He explained that they view cyber-component as information in technical and psychological terms:

— It is all an integrated operation that aligns up underneath a combined arms approach. While we chase rabbit holes around attacks on critical infrastructure, you should be looking at a cyberattack not necessarily just as the physical effect or outcome of that attack but what is a psychological impact of a cyber attack.

The official motto of the nation of Oceania in Orwell’s dystopia “1984” is “War is peace, freedom is slavery, ignorance is strength”. Yuliya Tychkivska stressed that the same principle is used by Russian propaganda.

Another feature of Russian propaganda is using both truthful and false information as long as it fits the narrative.

— Since truth doesn’t matter, it’s easy for the propagandists to mix truths and lies to manufacture a story that works. The story is  constructed in a way that evokes strong emotions like anger, hate or adoration. Once that emotion is evoked, there is no need to think and analyze. The brain is seduced into believing the story.

Chris Crebs also underlined that Russians are attempting to seed doubts in their propaganda audiences.

What is firehose technology and how is it used by Russians

Christo Grozev mentioned that in the past, Russians were very good at creating one fake alternative narrative. That was happening over the last six — seven years. Now Russian propaganda produces many narratives reflecting the same event. It makes it very difficult to debunk such narratives: when you debunk one version, another one follows. Many scientists call this technology the “firehose”. Some investigators also call it the “multiverse”. Christo explained how this technology works in the example of the Malaysian airliner MH-17 catastrophe. In 2014, it was downed by a Russian missile:

There are similar examples in the case of Russia’s full scale invasion of Ukraine. Russia came up with 6 alternative, mutually exclusive, incompatible narratives about the Kremenchuk Trade Center shelling by their missile. Lavrov said that Russians didn’t shoot at this location at all. Another government official came up and said: “We shot at that location but we shot at an arms depot that was provided by the Americans.” The third alternative version was: “Yes, we hit the shopping mall but it was a shopping mall converted into a depot”.

How Ukrainian society wins the battle of memes vs Russian officers

During the full-scale invasion of Russia in Ukraine, a lot of Ukrainian memes became popular all over the world. Among them are a destroyed Russian warship, a tractor that pulls a knocked-out Russian tank and a granny who asks Russian soldiers to put sunflower seeds in their pockets. Yuliya Tychkivska explained that a sense of humor is the biggest asset of Ukrainians. She stressed that all these creative stories are grassroot initiatives.

— It just means that when you have a hundred thousand Ukrainians producing quality content because they are able to on their phone vis-a-vis literally 50 Russian officers creating their own memes it’s a losing battle for the Russians.

Gennadiy Chyzhykov: “It is crucial not only to stop the aggressor but also to demonstrate that Ukraine is a nation with a bright future”