Dialogue with stakeholders: «The Impact of Decentralization Reform on the Local Economic Development» 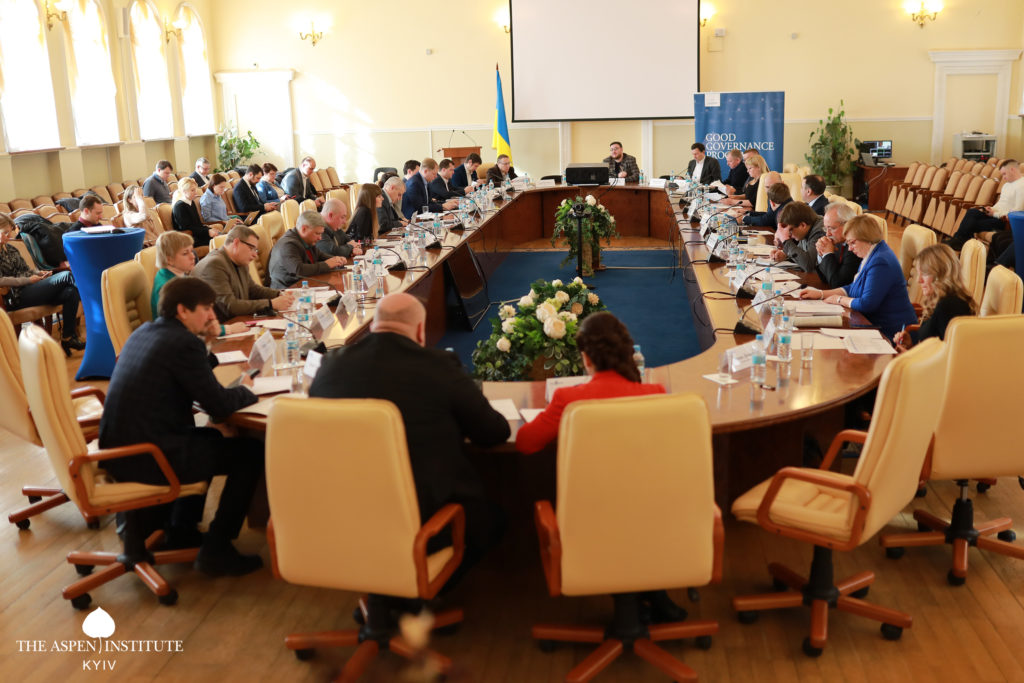 On February 11-12, Aspen Institute Kyiv consulted with stakeholders on the impact of decentralization reform on local economic development.

Representatives from 14 regions of the country, who are leaders at the local and national levels, took part in the dialogue: representatives of the Ministry of Community and Territorial Development of Ukraine, local officials, public associations, international organizations, media, experts, as well as participants of the Good Governance Program.

«The key to success is the desire to make change, human potential and resources. We take the initiative to show others that good things can be done», – said Vladimir Yashchuk, Mayor of Illinetsk united territorial community.

the most debatable issues were access to land resources, solving infrastructure problems, connection to networks and availability of capital, in particular, the funds of the State Regional Development Fund.

«The Good Governance Program has probably made the most important thing for the success of the reform – it has created a platform for dialogue between local leaders, communities, heads of local government and representatives of the Government, relevant ministry, deputies. Without such a platform and communication, there will be no confidence in either reform or effective local government», – remarked Roman Lozynsky, Member of the Parliament of Ukraine.

The following dialogues on the impact of decentralization reform on administrative activities in the united territorial communities will be held April 14-15, 2020.

Club seminar «Between Trust and Suspicion: The New Reality of Social Action»