The Hill posted an opposite editorial page (op-ed) on the importance of the further Western support of Ukraine. The authors of the material emphasized that helping Ukraine defend its land and freedom is also in the Western security interest.

The op-ed was signed by more than 30 experts and national security professionals. Natalie Jaresko, former Minister of Finance of Ukraine and Chairperson of the Aspen Institute Kyiv Supervisory Board, was one of those experts.

Among other thing, signatories agree that:

Read the full text of the op-ed by the link: https://thehill.com/opinion/national-security/3508456-36-experts-agree-stay-the-course-in-ukraine/ 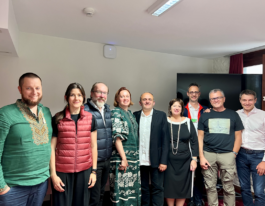